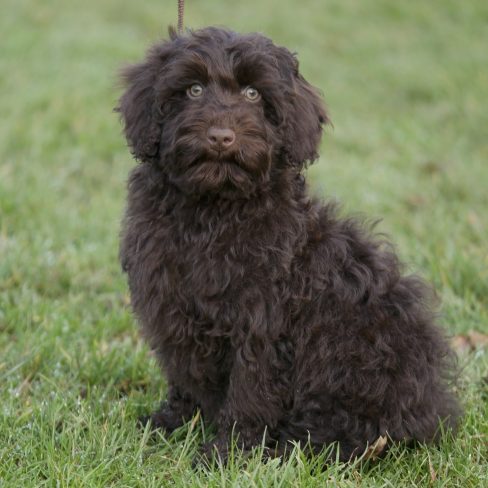 Pelle, formerly named as "Paco" by us, is a miniature chocolate Labradoodle with fleece coat. He is a 100% Pure ASD Labradoodle, also known as Australian Cobberdog. He was adopted by a family in Sweden to be exported under the European Passport, scheme with rabies plus 21 days. Paco had some training whilst waiting for his passport to be valid.

Here he is exploring his new surroundings

Whilst waiting for rabies plus 21 days, we undertook his socialisation and lead/clicker work. He made real progress and when his flight was delayed a week then we started on more advance lessons like leave it, go to mat and lie down etc 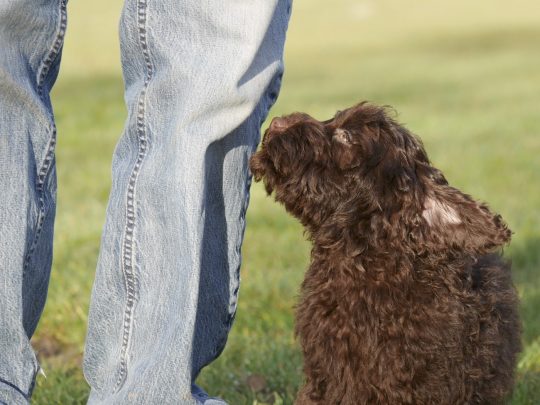 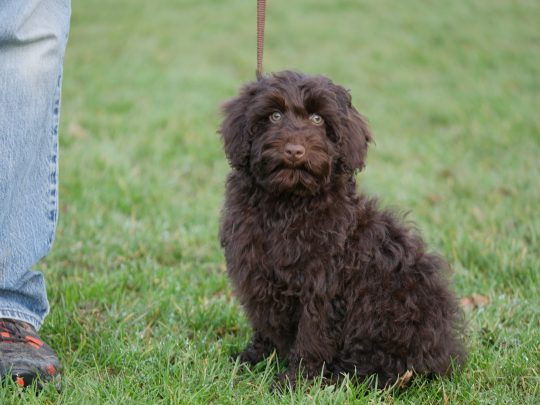 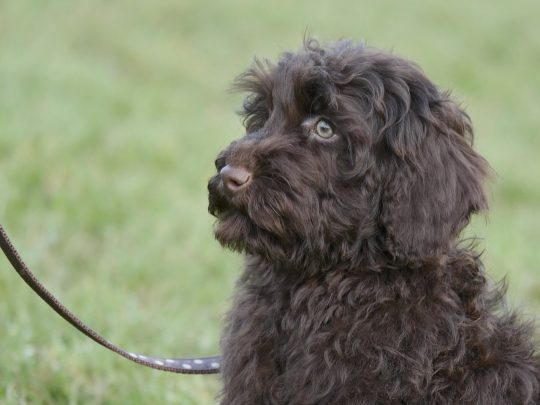 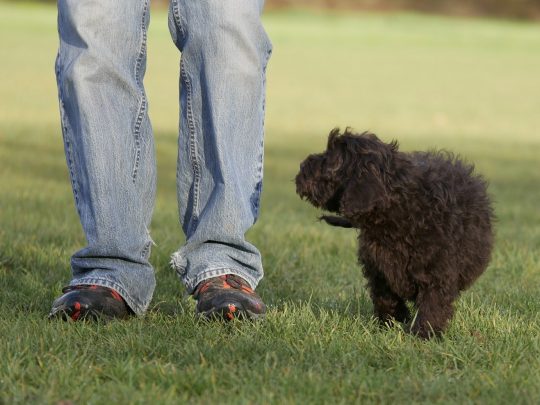 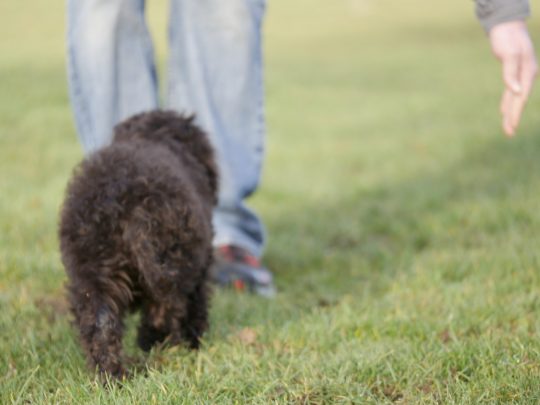 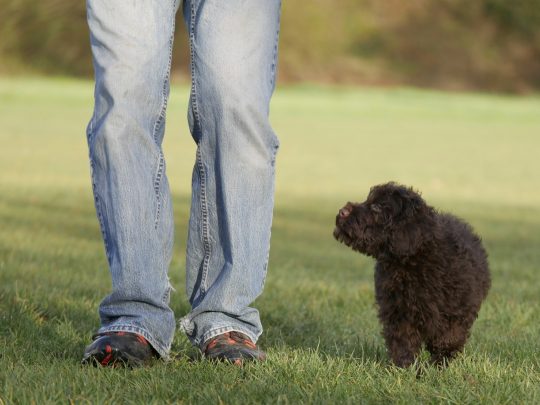 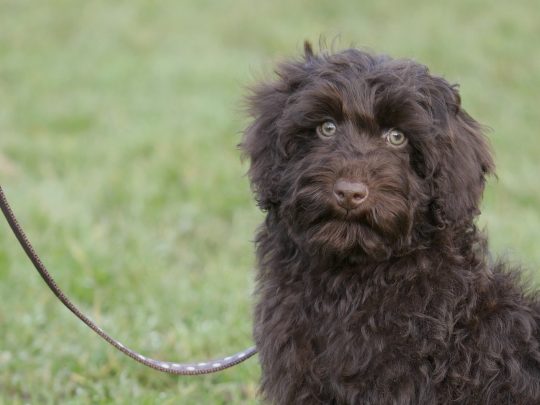 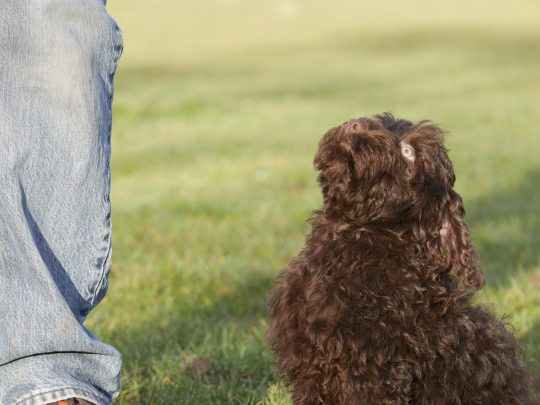 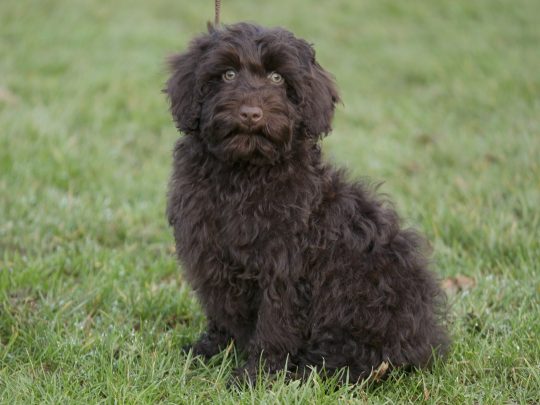 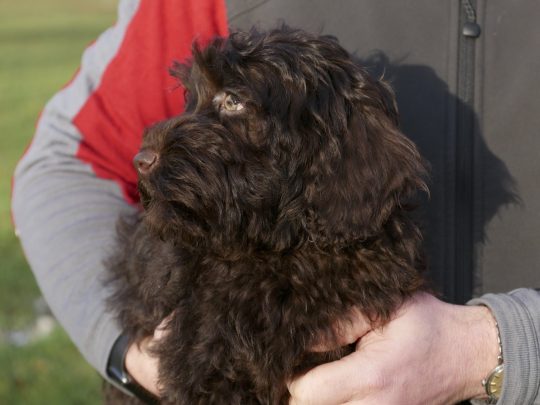 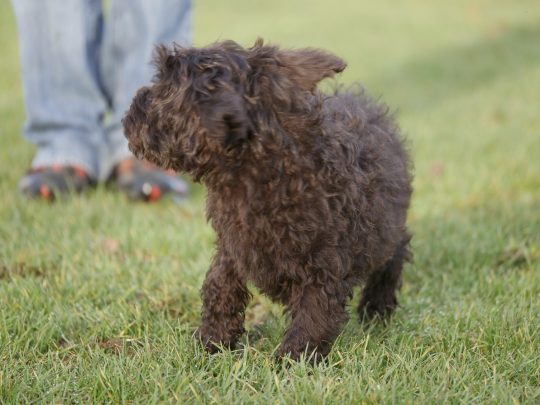 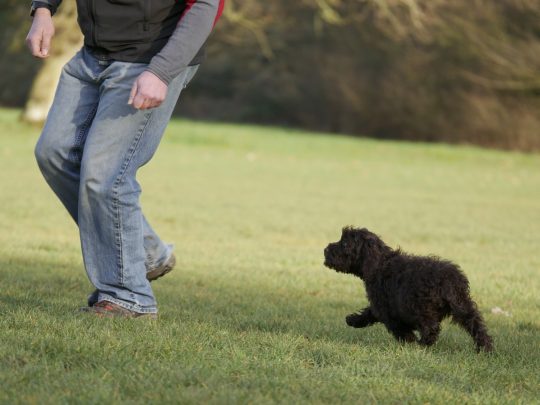 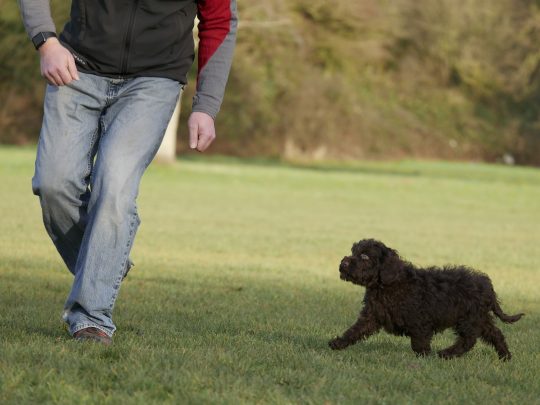 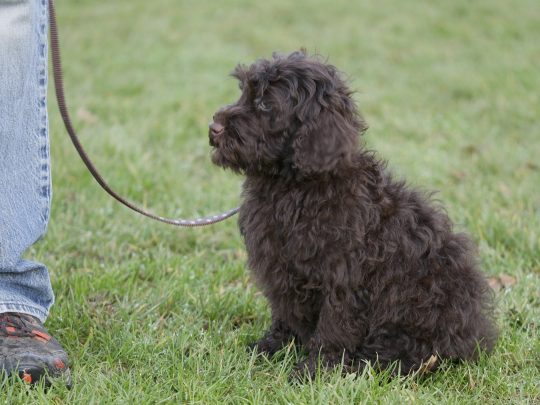 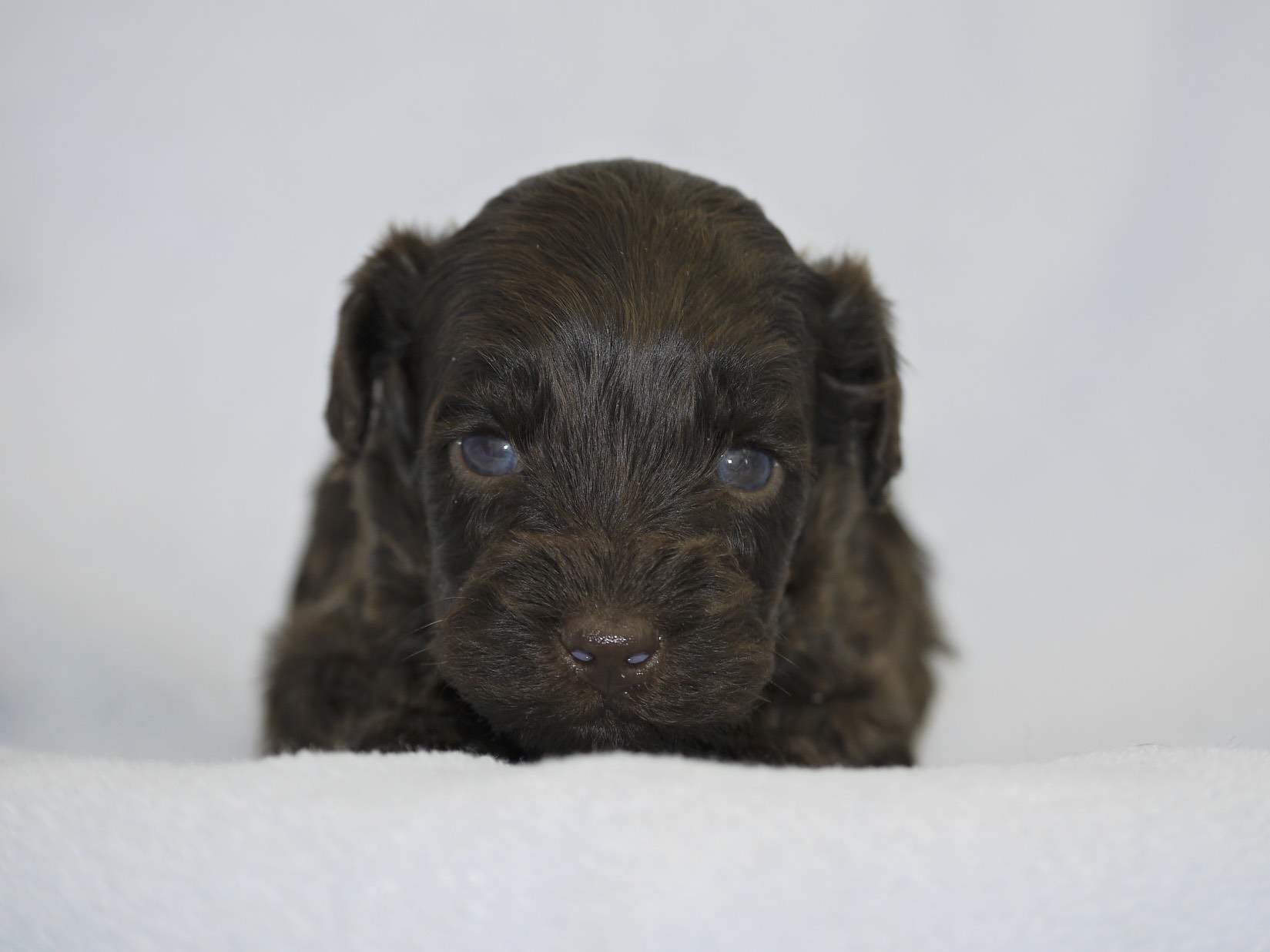 If you'd like to see more chocolate puppies, check out our gallery! There you can select which size, colour and see our partly-trained pups. If you'd like more information about our health screening or you have allergies, please follow the links.

We'd love to hear from you, so if you have any questions about our pups or the breed, please contact us. If you'd like to book a call with Lisa, please fill in our puppy preferences form.

If you visit our doodle info page, you’ll find everything you need to know about us and Australian Cobberdogs - from the four types of Labradoodles to coats and temperament.