Introducing A New Pup to Your Pet Fish

Many children's first pet is a goldfish! Moving from goldfish to hamster, then from hamster to rabbit or maybe jumping to a cat. For many, these are necessary steps to show they can look after a puppy. As a result, when Adoption Day arrives, it's not unrealistic for families to feel like they have a small petting zoo welcome party.

Nonetheless, it's normal to be concerned about choosing and introducing a young puppy to your current pets. You don't know how they're going to react or if they're all going to get along. The breed does make a difference, but ultimately, the relationship's success is down to the individual animals involved.

One way to improve initial introductions is to adopt a partly-trained youngster instead of an 8-week-old pup. The main reason being you can request specific training and testing that will ascertain the pup's prey drive and sociability with other pets.

Dogs are a social species, so they tend to get on reasonably well with other pets. Since fish live in tanks or ponds, it's rarely a problem to own dogs and fish. If the puppy takes an unhealthy interest in the fish tank, consider moving it out of view from the puppy. Garden ponds can be trickier as the allure of water may be more difficult for puppies to resist.

If installing a garden pond after you've adopted a puppy, consider a secluded fenced area or a raised pond. It'll prevent your dog from swimming with the fish. 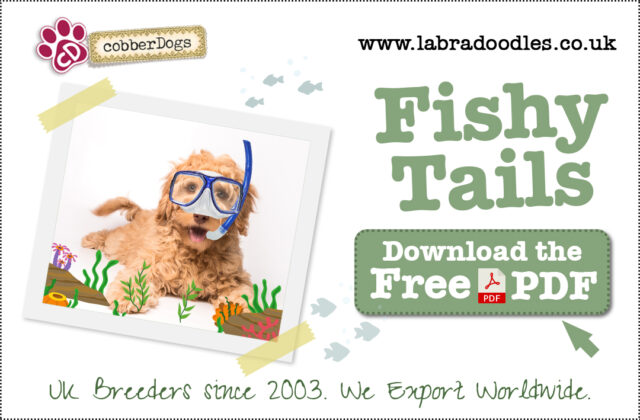 Do fish and puppies get along with each other?

From tending to livestock or simply being a companion, dogs have lived alongside other animals for hundreds of years. Even with fish, dogs have a history of co-existing extremely well.

When training puppies to live specifically with pet fish, there shouldn't be many problems. Since they are typically contained and don't make a lot of noise, dogs aren't very interested. Apart from pressing their nose against the tank or bowl, puppies will mostly leave the fish alone.

However, if you notice your dog has an abnormal amount of interest in your fish, you should work with a trainer to make sure it's not a potential risk. Especially in the beginning, monitor your pup. If they are extremely alert or always staring, you should ensure the tank is definitely out of reach.

Over time, dogs probably won't even notice. Some like to watch the fish in the same way they might look out the window at people. If the puppy continuously tries to get into the tank, put the tank in an area that the dog doesn't have access to. Make sure it's sufficiently high enough so the puppy doesn't fall in.

What's your biggest concern with having your puppy around your fish?

For most people, the biggest concern is that your puppy will knock the tank over. To avoid this, make sure it's on a stable surface, completely out of reach. Preferably, keep the tank far enough away from any furniture that your puppy could potentially crawl on.

Accidents like this is a major concern for many people. If your puppy did knock over your tank, it's likely your fish would die. It's also important to remember that raw fish is terrible for dogs. It's definitely possible they might eat your fish if the tank breaks.

Another problem would be if your puppy gets on top of the fish tank and falls in - hurting themselves and your fish. Not only could this harm both animals, but it's probably just as messy as knocking the tank over!

If a puppy falls into the tank, they will also get water everywhere, the same as if they knocked it over. That would lead to a massive mess in your home! 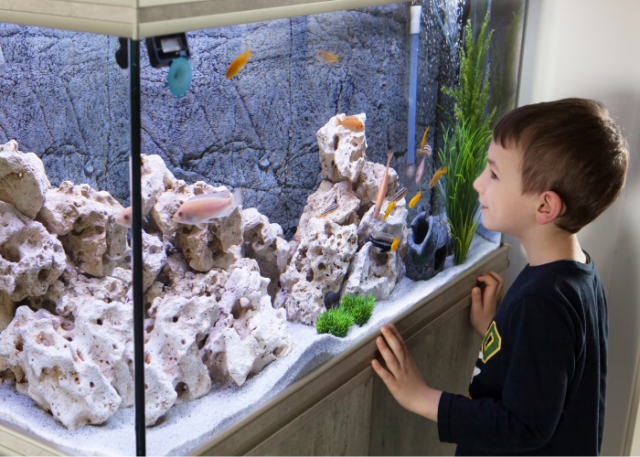 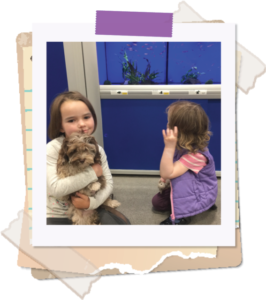 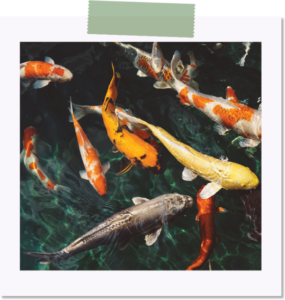 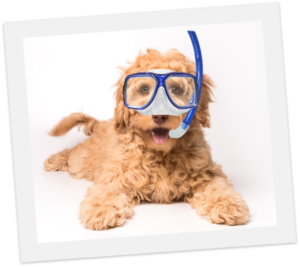 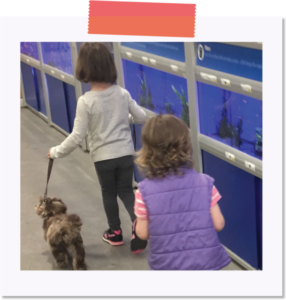 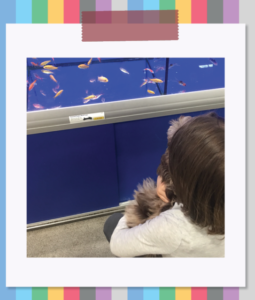 Some dogs don't care, whilst others might swipe at the fish with their paws. However, it really depends on your pup's personality. The main thing to watch is their body language around the tank. It indicates whether it's a potential problem.

If you need to leave your pup home alone, keep the fish tank and your puppy in separate rooms. If they get bored or stressed, they might take more interest, even if they usually don't.

It would be disastrous if your puppy jumps up to have a sniff and you're not home. Many people have small fish tanks within reaching distance, so it would be very easy to tip over accidentally. With pets like fish, we recommend never leaving your dog home alone in the same room. It's better to section that area off and know both animals are completely safe. It's such an easy way to prevent any problems and doesn't cause any distress or inconvenience. 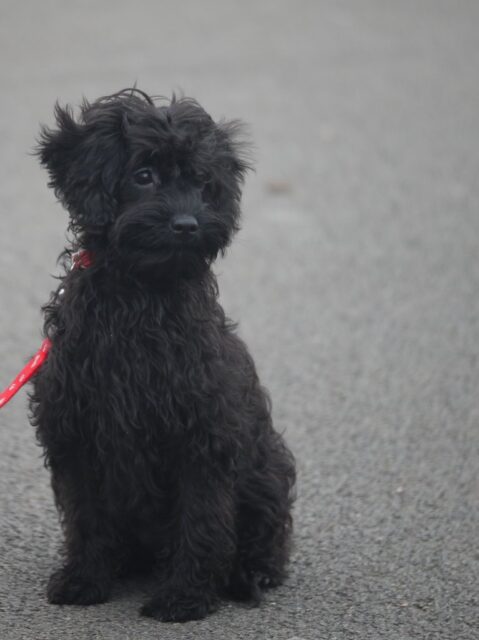 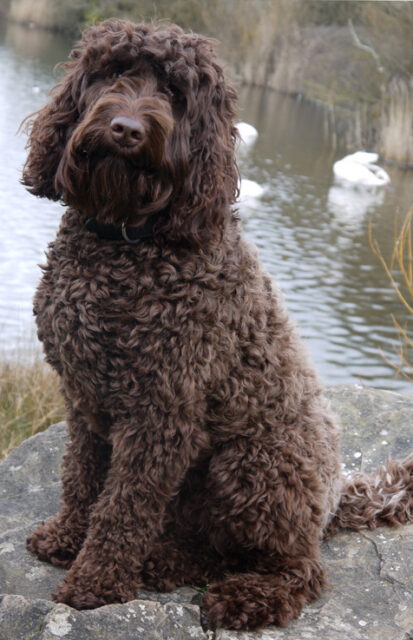 Is fish food dangerous to dogs?

Fish food is usually just ground up sources of protein made into flakes or pellets. It's not particularly harmful; however, it can potentially cause digestive problems.

We've already mentioned that raw fish is dangerous for dogs. It's still the case with any frozen or live fish you might feed your pet fish. There's a chance this food carries harmful bacteria like salmonella, and some species are toxic for dogs, even without this risk. Salmon, for example, causes salmon poisoning.

Another concern around fish is if your pup ingested any fish-related equipment. If they digested any chemicals or medication that your fish needs, it could be a severe problem. Therefore, always make sure you keep any medication or chemicals either locked away or up high. 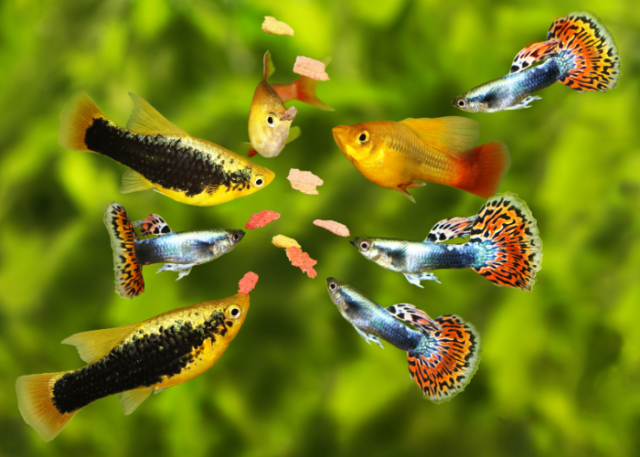 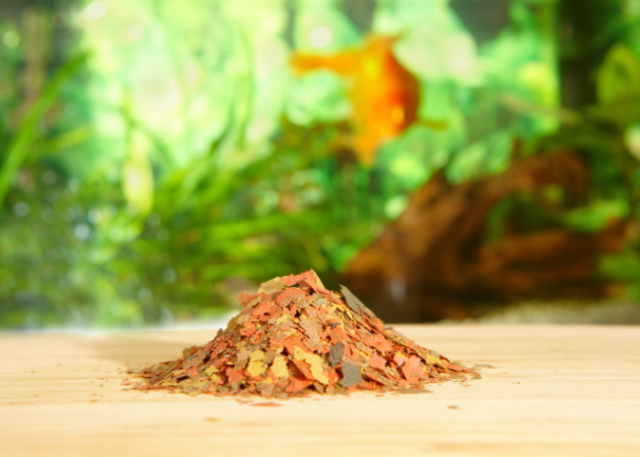 What should you do if your pup is scared of the tank?

The critical pieces of equipment in fishkeeping are the filter and air pump. These keep the water clean from the waste produced from fish poo and uneaten food that had sunk to the gravel.

Depending on the strength of the pump, the noise can vary. Sometimes this loud noise can frighten puppies or remind them of other scary noises like a car engine or hammer drill.

To help your pup overcome his fear, you can keep them on a lead near the tank. Then, ask for simple cues that he already knows, such as "Sit", "Down". Keep sessions short, always aiming to end on a high note. The goal of these exercises is to boost your pup's confidence to the point where the tank becomes white noise. You'll know that's the case when he's more focused on the reward. 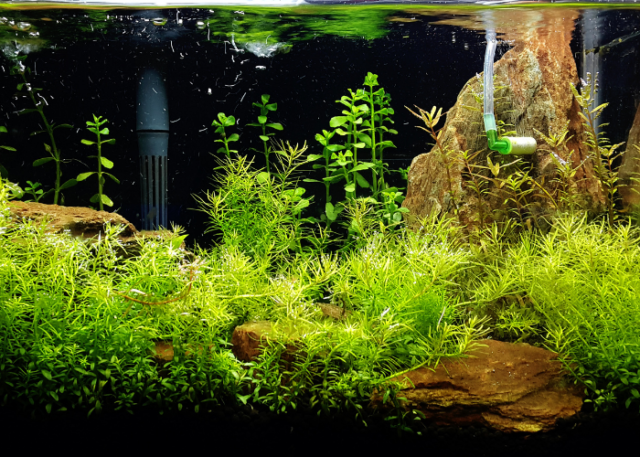 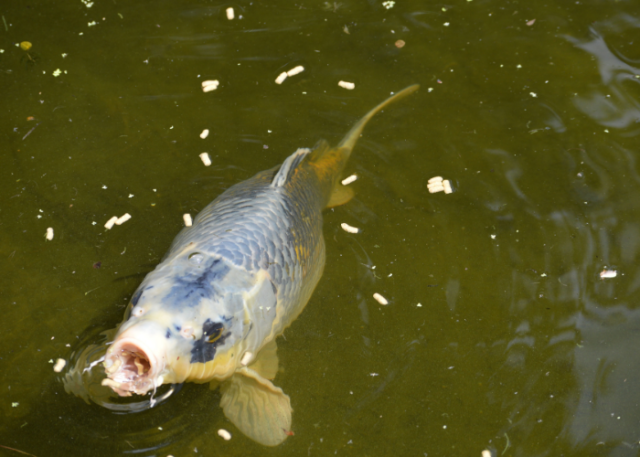 What about outdoor ponds?

Many people have outdoor ponds, so it shouldn't stop you from adopting a dog. Fortunately, there are measures you can take to ensure your puppy and fish's safety.

Refresh your pup's leave it' cue. It's fundamental in teaching your puppy boundaries. It will also allow them to maintain a calm state of mind when they approach the pond.

It might also be worth fencing or sectioning your pond off. If you have a puppy, a water-loving hound or a dog with a high prey drive, this is definitely a good idea.

Most ponds are usually just 2ft (60cm) so, a puppy can easily swim in it. However, some products like shampoo, flea treatments or ointments can be harmful to fish. Therefore, puppies shouldn't be allowed to swim freely in it.

Age of puppy at adoption

We recommend adopting a puppy with some initial lead and clicker training. It's at this age we assess their prey-drive, pre-collection.

We offer partly-trained pups to families who prefer a school-run-ready youngster rather than a tiny baby. Previously when families have fish, we've socialised our 16-20 week old puppies by taking them to pet shops. We've got footage of them walking past the tanks, maintaining focus on the handler whilst ignoring the fish.

Adopting a puppy under five months of age with training has dramatically less risk. They're still a baby, but they are much easier to train and handle, particularly if you have children as well. 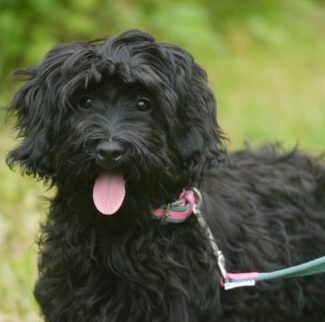 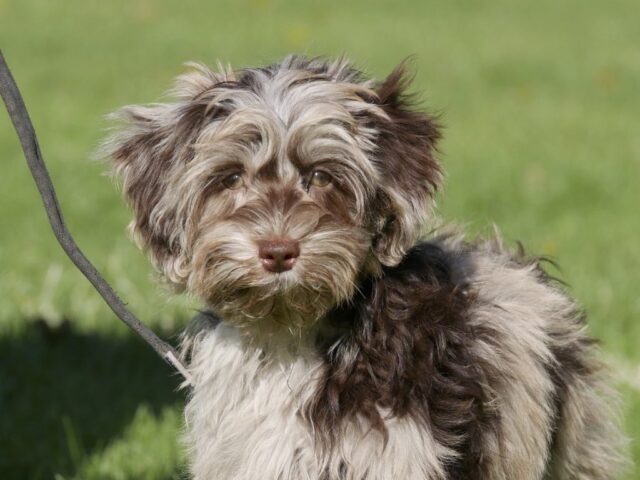