Ready for a second dog?

It's tough to decide whether or not to adopt a labradoodle when you already have a dog.  We have placed numerous puppies into families with resident dogs. In our experience, prospective owners are more worried about whether their older dog will be jealous than how they will cope themselves!

Don't fret; dogs are sociable animals by nature. Even rocky starts between Puppy and older dogs, tend to resolve itself as life adjusts to the new pack order.

If your existing dog is unsociable and aggressive to other dogs in the park or guest dogs visiting your home.  Then adding a labradoodle puppy as a second dog is not a good idea. Some seek professional help to address the behaviour before doubling the problem 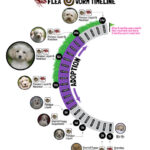 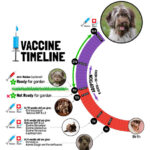 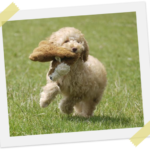 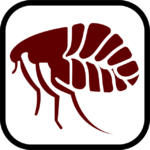 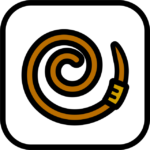 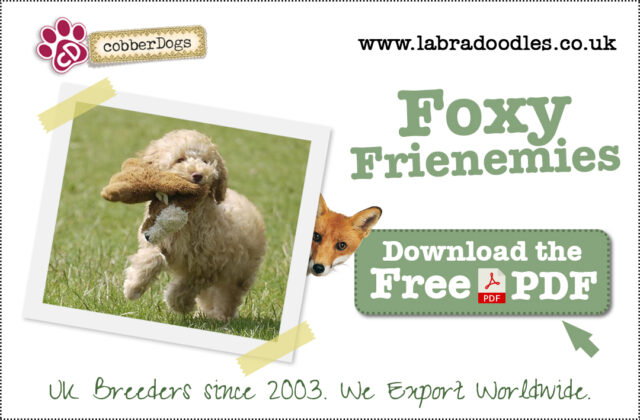 Dogs don't live as long as humans. Therefore, it is logical to consider adopting a puppy whilst your resident dog is alive. The length of the gap between adoptions is a personal choice, but the addition of a friend should be a joy, not a burden on an elderly dog. Also, it would help if you had established the house rules and acceptable behaviours with the first dog, before adding a second.

If you have invested considerably in training your first dog, this effort generally transfers to the young Puppy, as they are shown the house rules by following a good example. So the best gap will be the length of time it takes you to train and settle the first. For some owners, this is a matter of months; for others, it takes years.

Like human parenting, there is no right age gap between canine siblings. You'll know when you are ready to do it all over again and get puppy-broody!

Consider adding an older partly trained puppy if you are concerned as we can introduce them on neutral ground and even board and train your existing dog with the new puppy to ensure they are friends.

Question 2 - Does my dog want a friend?

Dogs are pack animals. They want to coexist with other dogs. It's part of their genetic make-up. They can live with other pets provided they are introduced sensibly and given training.

Not all dogs are as welcoming as others, so bringing home a new pup can be upsetting for the resident pets inside the house. Thinking about this in advance increases the chances of good integration. As time passes, you will notice the difference and improvements between the pets.

Remember, canine introductions are a process; not a one-day event.

Question 3 - Will I know if my dog doesn't like the new Puppy?

Yes, simply monitor your dog's behaviour. Playtime is typical between pets. You may find your dog reverts to excitement and play, like a second puppyhood. Playtime can get quite animated at times, particularly when Puppy is learning valuable lessons in not mouthing or your dog is correcting unsociable manners.

Observe their behaviour at all times and watch for those body languages that indicate fear, aggression and rejection. The red flags to look for are:

These are usually the signs that your dog doesn't like the presence of the Puppy. Watch carefully - it can be unnoticeable sometimes. Never forget to designate places inside your home in case they want to run away from each other. This allows them to create a safe space for each other to settle.

Signs of stress can be more subtle than aggression, with lip-smacking, repetitive yawning or sneezing, folding back of ears and rolling of wide eyes. Not all yawns are from tiredness.

To reduce possible anxiety, it would be best if you prepare pets for future changes in their routine, so they won't stress out when a puppy comes home. It may take weeks for an older, established pet to accept the Puppy; therefore, you need to allow ample time to help them adjust.

Question 4 - How to prepare for Puppy's arrival?

We strongly suggest house preparation and making an Introduction Plan in advance rather than improvisation on Adoption Day.

Question 5 - How do I introduce a puppy?

Introductions are the first impressions that the puppy and resident pets have of each other. It's like meeting someone new; when you first see each other, you'll have assumptions about their personality that you may or may not like. The same goes for pets.

It's hard to restrain the Puppy due to their excitement, so a crate is a useful tool to ensure safety. Keep everyone (pets and children) calm by enforcing gentleness and stability between them.

Introductions should be dealt with as a process, not just a one-time encounter.

Dogs only interact through non-verbal communication, unlike humans. They might show signs of fear, aggression or rejection when interacting with the Puppy. In this case, the introductions should be planned accordingly and should be in a safe place where they can comfortably adjust to their own pace in knowing each other. Here are a few reminders to remember before letting the Puppy meet other dogs:

Consider Neutral Ground. You can't know for sure how your existing pet will react to the Puppy. For first time encounters, settle in a neutral place for both of the pets to meet. For example, you can have the new pup wait in the car while you get your dog from the house so both of them can meet outside your home.

Again, we are ensuring the safety of the pets and promoting calm introductions between them. Neutral places like your garden or the park allow you to control the situation better. Your dog should not feel threatened by the Puppy invading their personal space or the other way around. If your Puppy is under 12 weeks of age, they are not fully vaccinated yet. So cannot be exposed to germs (and cannot enter the garden or go to the park), so discuss with your breeder the best age to adopt.

At 12 weeks old, once fully vaccinated, lead trained and socialised to the outside world. Then consider taking the dogs out on a walk as your method of introduction. Not only are you exercising both of them, but also taking part in letting your dog get to know the Puppy before realising that they are here to stay. This naturally assumes that your existing dog is sociable and friendly to the dogs they meet in the park.

Eventually, you will introduce a coupler which connects both dogs' collars.

However, after the walk, keep them separated at all times to allow personal space between them. Wait for your dog's invitation to let the Puppy inside the house. The usual signs would be your dog looking back when the Puppy has stopped before the door. Your dog may react differently when inside the house, so to prevent any aggression, slowly keep them apart from each other.

Introductions to both dogs should always be calm.

Pets tend to repeat actions when they are rewarded as it encourages them to do it again and expect something good in return. During the introduction, reward your pets with praise as positive reinforcement, for calm behaviour.

Question 6 - what if the Puppy is not allowed outside yet?

It is easier for you if you have someone to hold the dog while you introduce the new pup. Remember to never hold the Puppy in your arms while introducing it to other dogs. This creates a conflict between you and your existing dog. Placing the Puppy into a crate and allowing your dog to have a sniff is a popular plan.

Question 7 - Can they sleep together?

Never leave the dog(s) and Puppy together unsupervised.

For safety, never leave a puppy unsupervised with the older dog inside the house. Your dog may be tolerating the Puppy's exuberance really well; however, you never know how they will react once the initial novelty has worn off.

Never let your dog bully the Puppy. This usually happens unnoticeably during playtime or bedtime. Most dogs, when turned aggressive due to the new Puppy inside the house, tend to bully to mark that their bed is their own territory. Most pet owners usually say it's just a friendly fight; however, this could be traumatic for the Puppy, which will be a cause for their anxiety. Instead, separate both pets when the fighting becomes severe and you hear the Puppy getting hurt.

Forcing them to be together is also NOT allowed. Whilst both pets are adjusting, it's common that one will reject the other. The most common signs are those of displaying teeth, rejecting places when the Puppy is around, or even showing signs of jealousy when you are petting the Puppy. As pet owners, your topmost priority should be the comfort of both your pets. Never force them together as conflict may arise.

Sharing of crates is NOT allowed. Crates are the safety dens of your pets. This is their own personal space inside the house in case they want to run away from stress or relieve anxiety. Instead, have them both in separate crates and as much as possible, away from each other. This allows your dog and Puppy to get used to each other's presence but only with close proximity. After a few weeks and you've noticed that they have been tremendously bonding, slowly place their crates near to each other for the comfort of the pack.

Sleep separately but with the smell of the other. The Puppy will be sleeping separately to the other pets initially for safety and hygiene, but smelly "Bonzo" toys can be swapped and placed strategically for comfort, so they become accustomed to scents.

Question 8 - What if I have more than one resident dog?

If you have more than one resident dog, then introduce the Puppy to each independently to avoid the overwhelm of meeting a whole pack at once. If you have several dogs, then once the Puppy is comfortable with each individual dog separately, build up gradually by varying the groupings.

If placing the dogs on leads, use a static lead rather than a retractable one as fixed lengths are easier to control than extendable ones in the event of a pack scuffle.

Make sure to reward any good deeds they have done. This enforces a positive reaction to both pets as they will continue to do it again in the future since they can expect something in return. Always keep their group interactions brief.

The goal is for your pets to have a healthy, successful and long-term relationship. This is a common struggle if you have existing pets inside the house. However, through proper planning and some sensitivity to canine protocols, you can settle in with the new pup in no time.

Keeping calm starts with you, so don't panic when introductions seem to not go as well as planned. We've had families in tears decide that they were returning the Puppy as their dog was jealous, only to call a week later to cancel as they'd just found them snuggled up together after a game of football.

We suggest buying our natural calming diffuser as it works on all mammals, including humans.