Considering a Labradoodle as a second dog?

It's tough to decide when to adopt a dog, especially if you already have a canine family member. We have placed numerous labradoodle puppies into families with an existing dog. In our experience, adult dog owners are more worried about whether their older dog feels jealous than how they will cope themselves!

Don't fret; dogs are sociable animals by nature. Even rocky starts between a puppy and older dogs tend to resolve itself. They will adjust to the new pack order over time.

However, before you get a new pup, there's a couple of things to consider about your current dog. Do they behaviour problems? Are they aggressive to other dogs in the park, or guest dogs visiting your home? If they are, then adopting a labradoodle puppy (or any breed) as a second dog is not a good idea. Instead, consult a professional dog trainer and explain that your pet is not dog-friendly.

It's also worth giving careful consideration to the gender of the existing dog. As well as whether a male or female companion would suit their personality better. Do they have a preference when playing with other dogs? If your dog enjoys playing with female dogs more than male dogs, then gender choice is obvious!

Which breed is best as a second dog? We may be slightly biased, but we think the Australian Cobberdog breed makes a wonderful second dog! 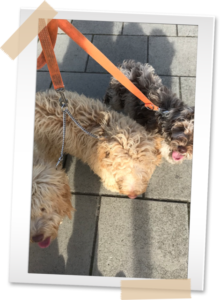 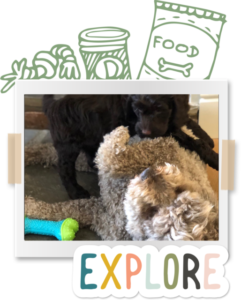 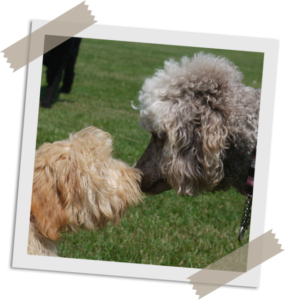 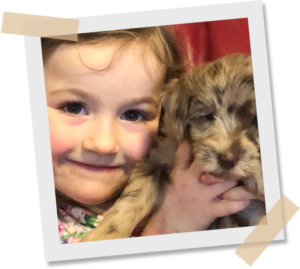 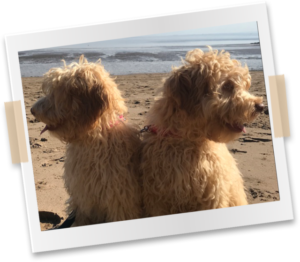 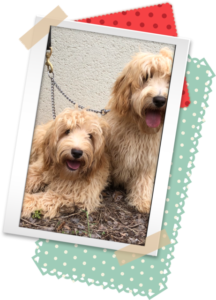 The number of gap years in age between dogs is a personal choice.  Adding a puppy should be a companion, not a burden on an elderly dog or a jealous dog. Ensure you have established the house rules and acceptable dog behaviors with the first dog, before adding a second.

Consider adding an older partly trained puppy if you are concerned about selecting the right dog. We can introduce them on neutral ground. Also, we may be able to board and train your existing dog with the new puppy to ensure they are friends before arriving home.

Remember a puppy under 12 weeks of age is not fully vaccinated so introductions can not be outside on neutral space or even in the garden. The car may be a possibility if clean and safe to do so. 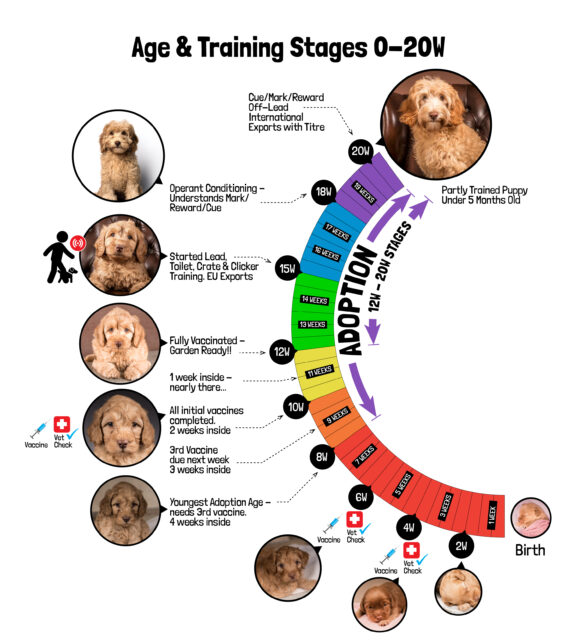 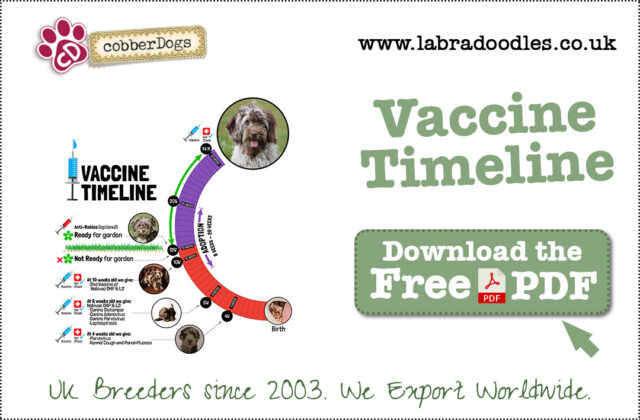 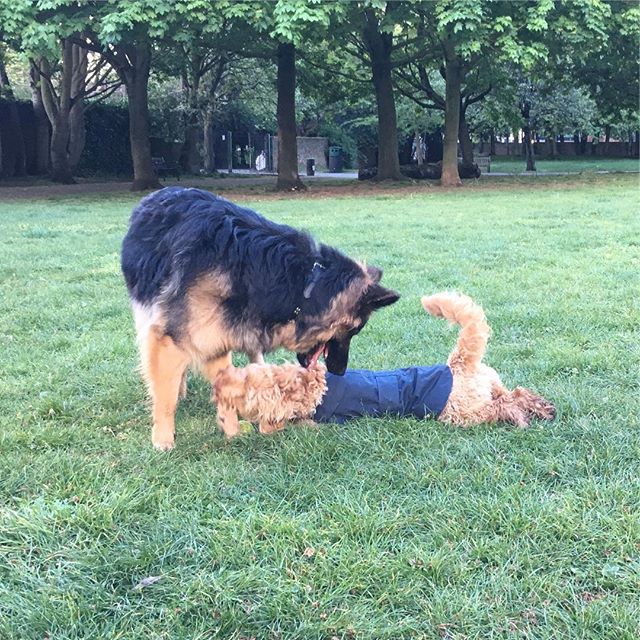 Does my dog want a friend?  Generally yes, dogs are pack animals.  A second dog can help with separation anxiety or if your dog feels lonely when left alone. Remember, canine introductions are a process; not a one-day event.

Will I know if my dog doesn't like my new puppy?

Yes, simply monitor your dog's behaviour. You may find your dog reverts to excitement and play, like a second puppyhood.  Observe the dogs' body language for indications of fear, aggression and rejection.

Watch carefully, Never forget to separate the dogs when not monitoring.  Designate safe places or separate rooms or dividing areas with a baby gate or crate. 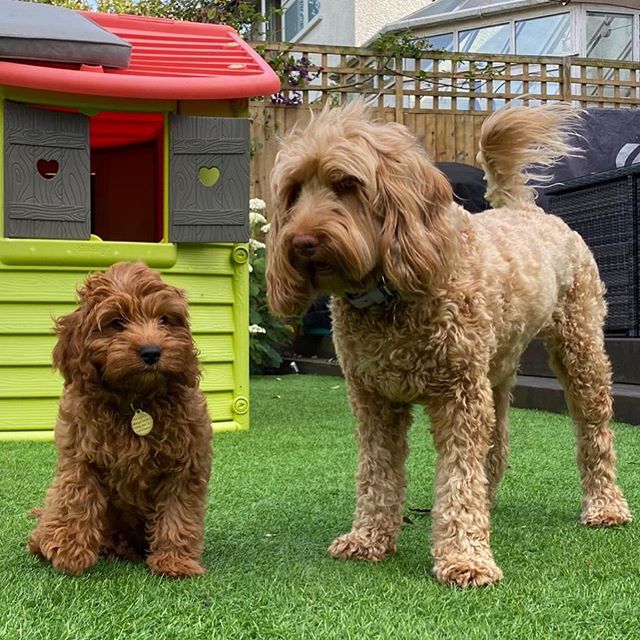 Preparing for your puppy's arrival:

Neutral places like your garden or the park allow you to control the situation better. Your dog should not feel threatened by the Puppy invading their personal space or the other way around.  At 12 weeks old, once fully vaccinated, lead trained and socialised to the outside world. Then consider taking the dogs out on a walk as your method of introduction.

What if I have more than one resident dog?

If you have more than one resident dog, then introduce your puppy to each independently to avoid the overwhelm of meeting a whole pack at once. If you have several dogs, then once the Puppy is comfortable with each individual dog separately, build up gradually by varying the groupings. 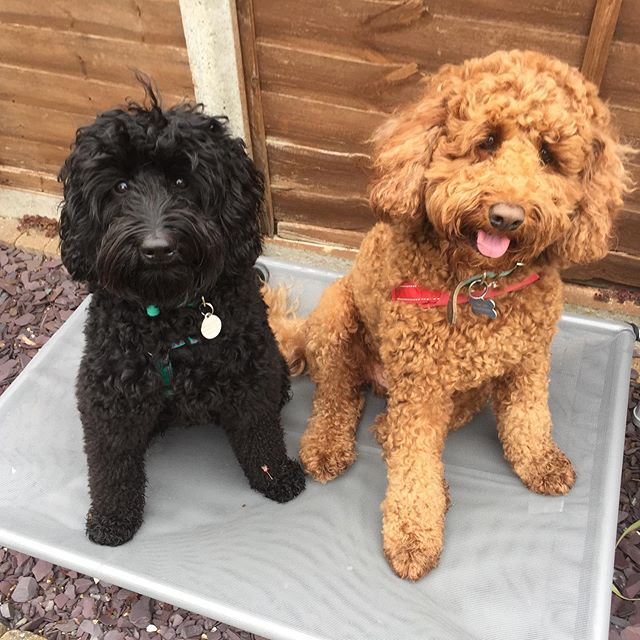