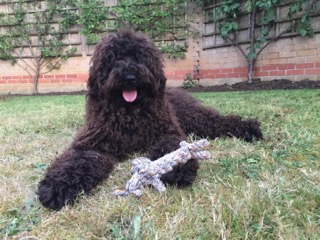 Our lovely Ash was adopted recently, here’s an update from his owners…

“Ash has settled in nicely and is being a very good dog!..he is very chilled and is having a very calming effect on us both!”

Its great to hear that ash is doing so well. It has been proven that owning a pet can reduce stress and we’re so glad that Ash is having that effect on his family. From the looks of his images, Ash seems to be having a pretty relaxed time too in his new bed! It’s alright for some!